Tig was already holding an office on campus so she chose one of her friends, Tamazine Crum, as the first president of Gamma Delta.  In the month of formation Tig and Tammy were able to find twelve girls who were interested in becoming Delta Zeta sisters.

The first formal meeting of Gamma Delta was held on December 10, 1945.  It was held in a room which would later become the first suite for Gamma Delta on the fourth floor of McAllister Hall.  The group chose the name “Lampades” to use while they were preparing to become sisters of Delta Zeta.  They were in  great hope to be initiated a year later.

A petition was sent to National requesting to become a National chapter  on December 11, 1945.  In January of 1946 this new chapter was admitted to the Panhellenic Council at Penn State.  After a year of preparation, on December 14, 1946 the first group of pledges became sisters.” 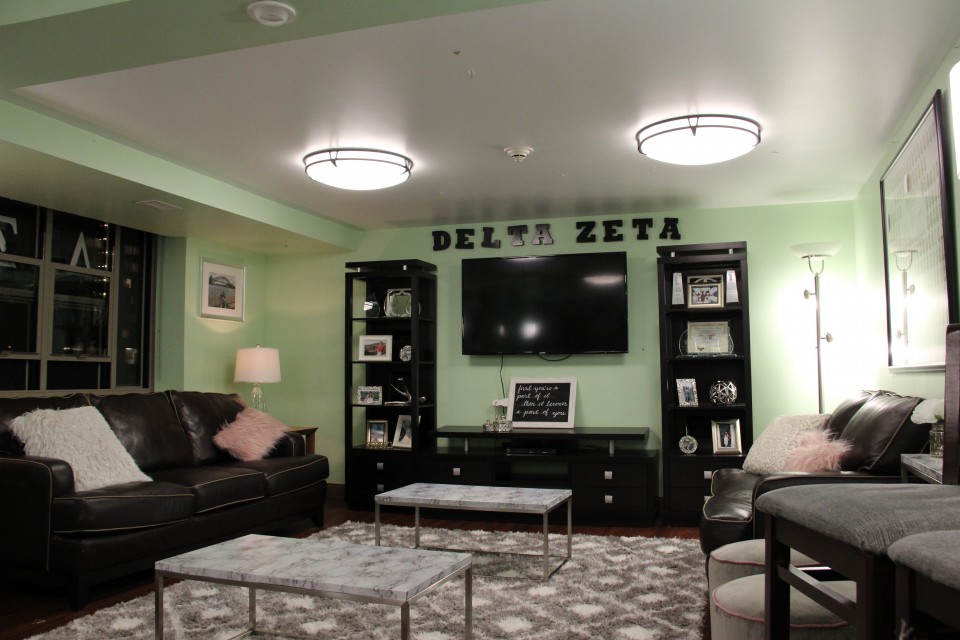 A great space to study, cook, and hangout! 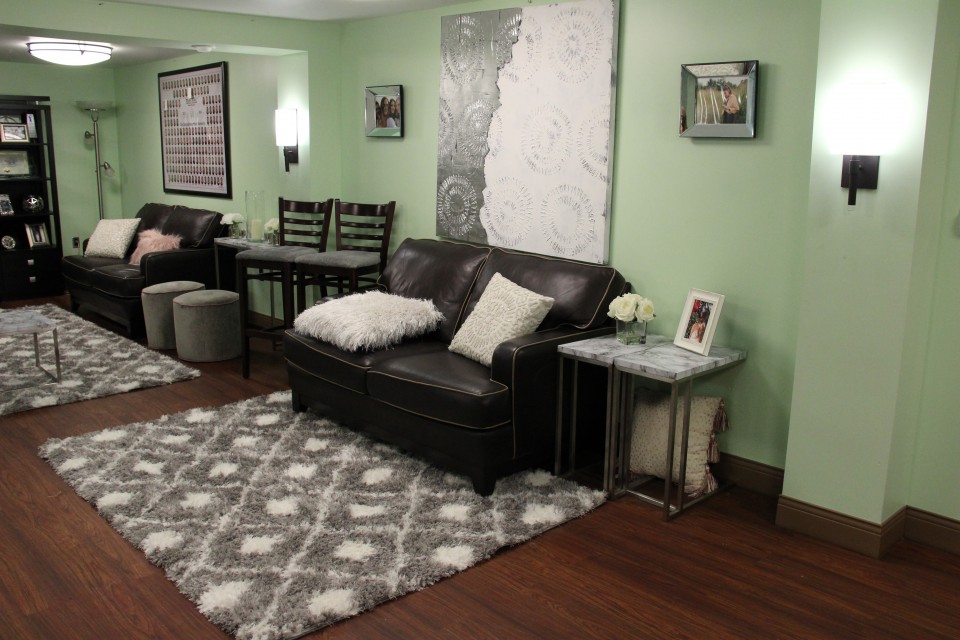 Curl up on the couch with a good book, or catch a movie on the big screen! 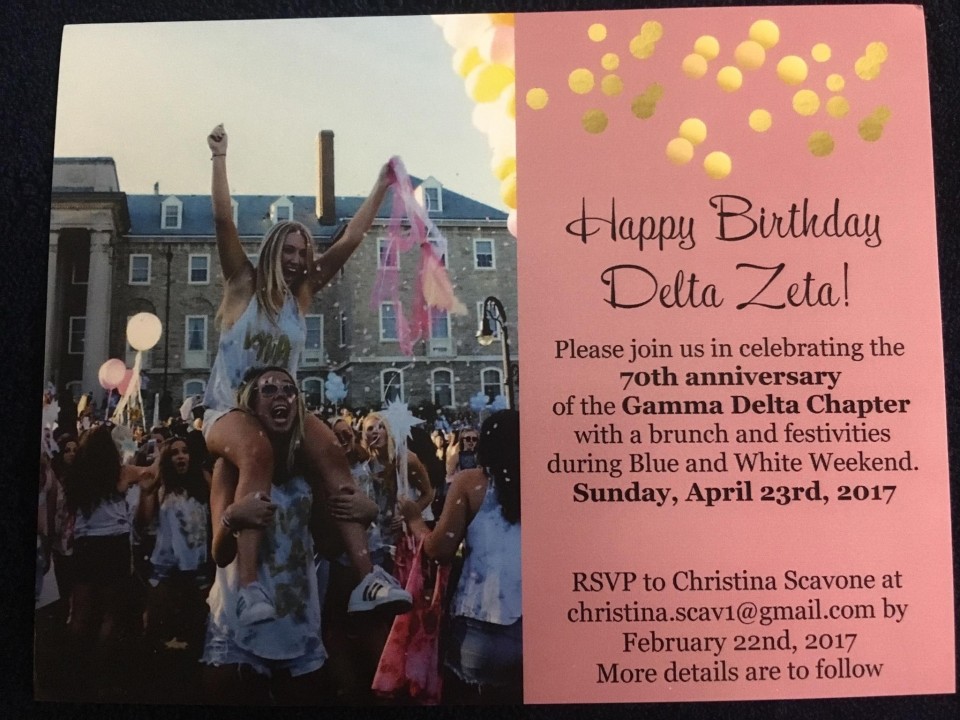